Build on the past... 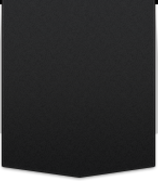 The material contained within this page is intended for informational purposes only and not for the purpose of providing legal advice.

Civil Liability As It Relates to Hunting in Missouri

As we discuss this topic it is important to remember that laws in America generally come from and are upheld by common law (case law), statutory law, or constitutional law.  Concerning the topic of civil liability - common law and statutory law are the most relevant.  State statutory laws are passed by legislative action and are then written into state statutes.  In 1983 Missouri joined approximately 40 other states by passing a group of statutes known as the Recreational Use Statutes (RUS) or the Recreational Land Use Act (RLUA).  The statutes were designed specifically to lessen landowner liability and encourage landowners to open their lands to "recreational use."  Recreational use, as defined by Missouri Revised Statute §537.345, includes the act of hunting and fishing.

​RUS are comprised of the following four statutes in Missouri: §537.345, §537.346,§537.347, and §537.348.  These statutes are significant because they lower the threshold of "duty" required by the landowner owed to someone who "enters on the land without charge" or is invited onto the land "directly or indirectly" for recreational use.  Aside from these statutes the duty of care required by a property owner depends upon how the "guest" entered upon the property and varies greatly from one to the other.  In unintentional tort cases, guests are classified into one of three categories: trespasser, licensee, or invitee.

As a general rule a landowner has no duty to keep premises in a safe condition for the benefit of unknown trespassers.  An owner does not possess any duty to a trespasser under traditional common law view except to abstain from willful or wanton misconduct or entrapment.  In short, a trespasser cannot claim from the owner of the premises any further duty than that traps or pitfalls may not be set or permitted in his/her way. The second classification is that of a licensee.  A licensee is a person who is on your land for "their benefit​."  Examples would include: postal workers, salesmen, and social guests.  In addition to not setting traps or pitfalls the landowner has a duty to warn them of known dangers and to provide them with reasonable care (i.e. shovel the side-walk).  The last and highest duty owed to a guest is that to an invitee.  Invitees are people who are on your land for "your benefit" and have come to your property by invitation (whether direct or implied)​.  This would include shoppers, lessees, employees, etc.  In addition to the duty owed to trespassers and licensees, property owners must inspect their premises for foreseeable dangers.  This relationship usually exists in a business transaction and would typically apply in a hunting lease situation.  As noted above, RUS only diminishes the duty a landowner owes to a licensee (someone allowed to hunt free of charge) and doesn't afford any additional protection to the duty owed an invitee (someone who pays the landowner to hunt on their property).

Although many laws are created and passed through legislation most state law is adopted through the use of common law.  Common law is the body of old English law that has been modified through case law as determined by the outcome of judicial decisions.  Through the years, case law has tested and supports the diminished duty owed to a hunter who is not charged a fee as outlined by the RUS.  In 2008 the Missouri Supreme Court overturned a circuit judge's decision and dismissed a case which involved a hunting incident (Young vs. Wood).  The Supreme Court judge noted in his conclusion that the RUS is "clear and unambiguous."  He went on to comment, "the RUS applies where a landowner allows free access to their property for recreational use, and there is no question in this case that these elements have been met."

​In conclusion, allowing someone to hunt on your Missouri land without charge exposes you to about the same liability you assume with a trespasser.  When it comes to legal exposure relating to recreational use on your land, Missouri statutory law (RUS) and case law are in your corner!